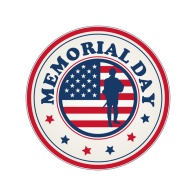 In the United States of America, we celebrate Memorial Day on the last Monday in May.  This commemorative holiday has gone through several iterations – it was first called Decoration Day following the American Civil War, and the date has changed over time. The first observation of the day was May 3o, 1868. Flowers were placed on the graves of both Union and Confederate soldiers at Arlington National Cemetery to remember the sacrifices of all.

In my youth, we had a Memorial Day parade through our tiny town, where veterans paraded in uniform, along with color guards of boy scouts and girl scouts, and sometimes a local fife and drum corps, then other civil service and local organizations, including our local firefighters and 4-H club. We ended at a small war memorial across from our town hall, where the mayor and a representative of the local navy base spoke, Taps played, we all sang America the Beautiful and the national anthem, and the local pastor closed in prayer. Everyone stayed until the end.

In those days, the older veterans were from the “war to end all wars” – World War I. Both of my grandfathers had served, and my mother’s dad stayed active in his VFW post for many years. My father’s dad (right) served again in WWII. We purchased red paper poppies in remembrance of those lost and eulogized in the poem In Flanders Fields by John McCrae. We still buy those poppies from the VFW today.  World War II was still a stinging fresh memory for many adults when I was a child, as was the more recent Korean conflict. 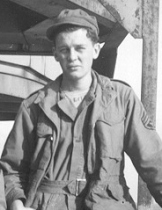 My Dad in the field

When our own kids participated in our local parade years later, World War II veterans were the “old guys,”  and most of the WWI vets were gone.  At the end of our march, we corralled the kids in our group for the playing of Taps and the town reflective prayer, before allowing them to leave with their parents for popsicles and other fun. Those World War II veterans were part of, in the words of Tom Brokaw, “The Greatest Generation” – our parents’ generation. 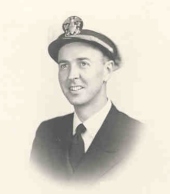 My Dad served in the army Signal Corps in Patton’s 3rd Army in Europe. He was at the liberation of the Bergen-Belsen concentration camp. My father-in-law served in the Pacific fleet. He was a gunnery officer on the Bolivar, one of many ships that transported troops to, and from, Iwo Jima.  My husband’s uncle survived Pearl Harbor and was never the same  Their haunted recollections of the war made us aware of the price paid not only by those who died, but also by those who served and lived. 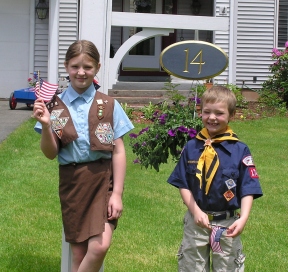 By the time my grandchildren started marching in their parades, WWII vets were dying every day, but many survivors still participated. We were also starting to see aging veterans who had served in Vietnam. That’s a conflict that touched my generation deeply.  The draft was still active, and pulled our former high school classmates away in unthinkable numbers. So many didn’t come back.  Our involvement finally ended during my college years, but the US had come to think of overseas wars in a very different way. Some veterans were even treated quite poorly when they returned.  At the parades involving my grandchildren, parents left their roadside seats as soon as the parade ended to recover their little marchers – in every organization from scouts and Little League, to dance and karate schools. Very few stayed for Taps or the verbal remembrances.

It seems sometmes as though Memorial Day has become just a great reason for a three-day weekend and pre-Summer travel, rather than a time to gather as a community and remember those who made our lifestyles possible. Some people have suggested we go back to the May 3oth date, regardless of the day of the week, to refocus on the reason for this commemorative occasion. I know my friends who served in Vietnam, Iraq, and Afghanistan would appreciate our undivided attention to the work of our Armed Forces for an hour or so, if only once or twice each year.

Last Fall, when we were in Hawai’i, we visited the Punchbowl cemetery and Pearl Harbor Memorials. I cried throughout our visit to  the Arizona Memorial. It is a beautiful and poignant place. Small bits of oil seeping up from the carcass of the ship below create little rainbows on the surface of the water, and are known as the “tears of the Arizona.” The legend is

that the tears will only stop when the last survivor has passed away.  And that probably is about when the oil will run out. They will be gone, but hopefully never forgotten.

So, the next time you see a vet outside your local grocery store selling paper poppies in support of his comrades-in-arms, please consider donating. If you have a child with you, maybe have the child do it. And when the vet thanks you, look him or her in the eye, and say, “No, thank YOU,” and remember for a moment all that you have because that person served. And if your eyes water a little, well, that’s not a bad thing. 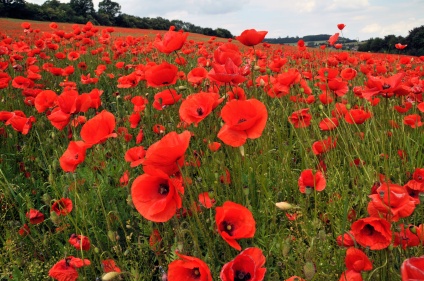 13 Responses to War and Remembrance