We moved back to New England about twelve years ago, and every year, we’ve talked about going to the “Big E” – the Eastern States Exhibition. It’s like a State Fair times six.

For two weeks in September, the town of West Springfield, Massachusetts hosts exhibits from the six New England states. There are featured state and theme days, an amusement park, a huge number of food concessions, and everything else you would associate with a State Fair.

We finally made it this year.

The Big E site is a permanent venue. Each state has its own building, and there are a variety of other permanent and temporary exhibition halls and booths.

Vermont State building and some of the wares inside

The theme the day we went was the National Grange. This means that there were lots of  4-H and farm-type exhibits featured, and blue ribbons awarded. 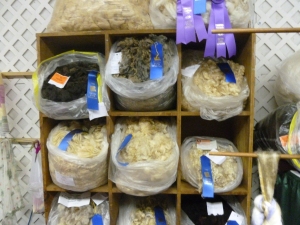 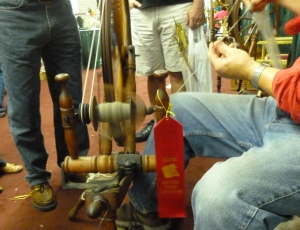 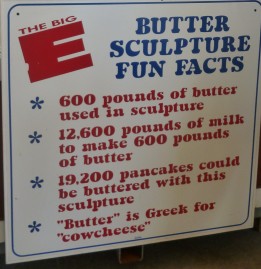 Some of the many craft displays

There were also exhibit halls full of household goods, clothing, and other products made throughout New England, parades led by clydesdales pulling carts, and a recreated New England town square, complete with old houses, a museum, and a tavern.

All in all, a great way to get a flavor of our little corner of the world, displayed for children of all ages – and they’re already planning for next year.  If you’re in the area, come enjoy New England on display!

This post was written in response to a Travel Theme challenge from Ailsa at wheresmybackpack. This week’s theme is On Display.  To learn more about the challenge and to see the exhibit posts from other bloggers, click here.

31 Responses to New England On Display – The Eastern States Exposition